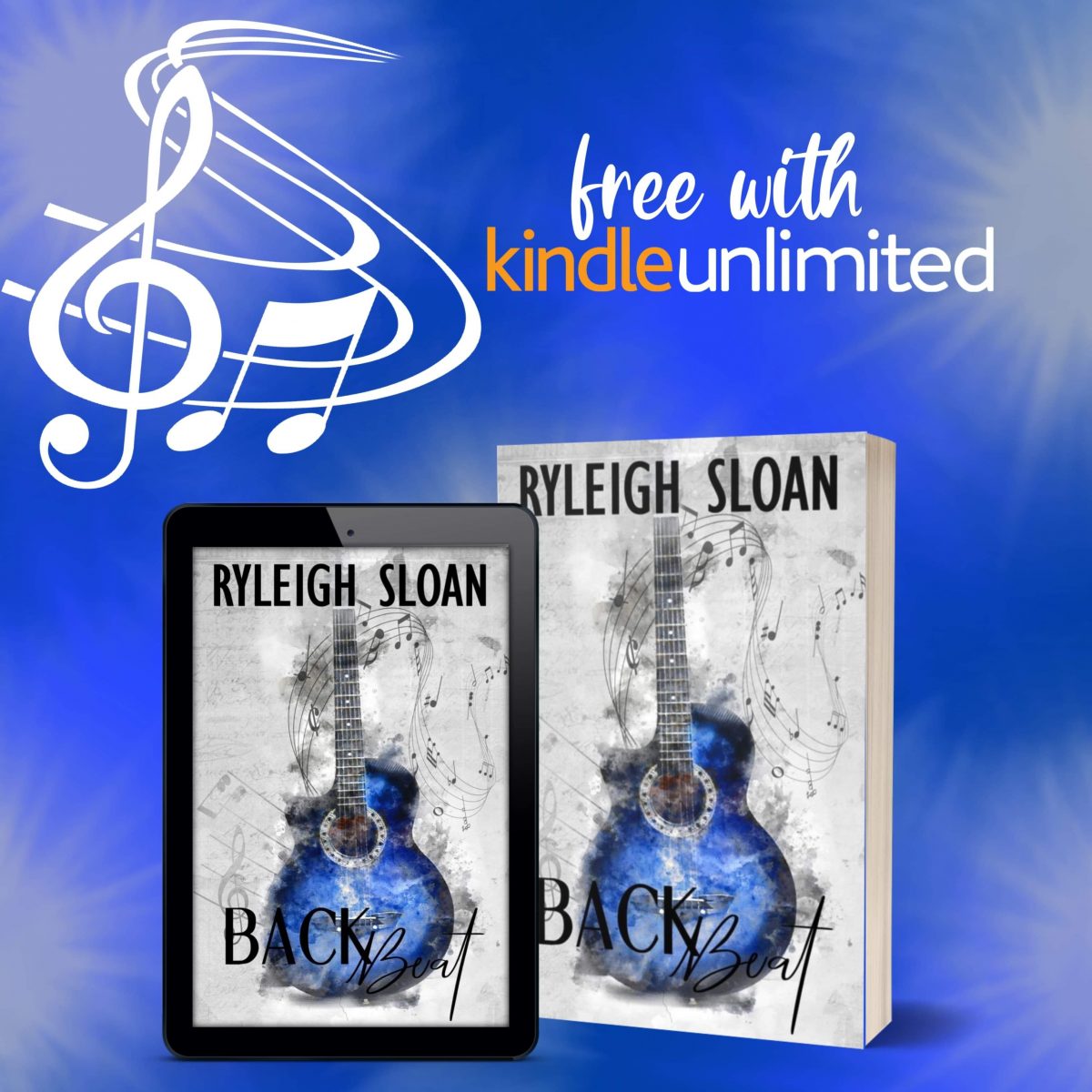 What if chasing your dreams means losing yourself? What then?

Find out if Blair can stay true to herself in this rockstar romance with a twist.

Blair
I had dreams. Big ones. And Dean Carter did everything in his power to help me achieve them.

Until we fell in love and everything fell apart. Now everyone thinks I tried to sleep my way to the top and I can’t say I blame them when the evidence points to exactly that.

However, looks can be deceiving…

Dean
Blair McKenzie is the definition of perfect. She’s crazy talented and hot as…well, you get the point. But aside from all that, she has heart and in this business, heart is hard to come by.

In a moment of weakness, I had a lapse in judgment and nearly cost her everything.

Now I need to do the right thing. Except it feels wrong.

Buy it here on Amazon! Or borrow it on KU for free!

I wouldn’t say I take my lifestyle for granted. I know how fickle the industry is and appreciate it can pretty much all disappear in a millisecond, but watching Blair as we board the plane and enter first class brings home that I certainly have become accustomed to how different life is for me now that I’ve “made” it. It’s refreshing to experience it all again through Blair’s eyes.

She stares wide-eyed at the spacious seating arrangements, and I watch the worry that has lined her face since this morning and even the slight distraction through her performance last night—which to be fair was only noticeable to me—leave her face while she takes everything in. The cabin crew point us to our seats, and Blair hesitantly sits down.

“First time in first class?” I know the answer, and I’m not sure why I asked such a stupid question, but I want to hear her voice while her face is lit up in awe.

“Until I came here, I’d never been on a fixed-wing plane before.” She blushes. “Fixed wing is a normal aircraft, and rotor wing is a helicopter.” She hesitates and her blush deepens as she waves her hands. “But you probably know that.”

“I figured.” I smile and she smiles back shyly. I wonder if she senses the dynamic between us change too.

We take off and I white-knuckle the armrests. It doesn’t matter how many times I fly or how comfortable the accommodations are, I still can’t shake the fear of flying. It’s not so much a fear of flying but more a fear of taking off. I’ve never had a bad experience—hell, I’ve never even hit turbulence. I just can’t trust that something as heavy as an aircraft, filled with as many passengers as they have crammed into this one, can get off the ground without smashing onto the tarmac.

Blair’s hand curls around mine, and I gratefully clasp it.

“Scared of flying?” she asks, and her eyes are kind.

“It’s okay to be scared. My mom doesn’t set foot on a plane of any kind. She says if God wanted her to fly, he’d have given her wings.”

I chuckle and try not to squeeze my eyes shut when the aircraft speeds up. Where the hell is the champagne already?

“Wanna know what I’m scared of?”

I’m breathing through my nose and trying not to vomit all over myself, so I don’t answer her. Her fingers tighten around mine, and the deep pressure kind of feels good.

“Guess,” she says, and I frown, trying to remember what the question was.

“Can’t you just tell me?” I’m trying hard not to scream like a pussy here, and it’s hard to focus on anything else.

“Nope, not telling you. You have to guess.”

Okay, first I’ve gotta work on getting my throat to swallow and some moisture in my mouth so I can move my tongue. “Snakes.”

“Nope, not snakes. I had a pet python growing up called Susan. Turned out Susan was actually a male, but he didn’t mind.”

“You had a male pet python and you named him Susan?”

I laugh and it’s real, not hysteria.

“Hey, what’s wrong with that?”

“Aside from the obvious that you gave a badass male snake the name Susan?”

She looks slightly affronted, and it’s fucking adorable. “What name would you give to a snake, Judgy-McJudgerson?”

I have to fight the smile ’cause I’m offending her. I’ve known her for six weeks and she’s never been offended by any critique I’ve given her, but she’s offended by this.

I bite the inside of my lip, and I swear she glares at me without even moving so much as a muscle. “Give me a minute, this is a lot of pressure.” I’ve never owned a snake or any pet for that matter, and I have a feeling this answer is life or death.

I lift the window screen, and sure enough, we’re in the air. “Damn! I didn’t even notice the takeoff.”

She winks. “Works every time. Maddie gets a little queasy on takeoff, and I just start an argument about which of the Jonas Brothers is cuter and she always falls for it.”

“Well, until recently they’d dropped off the radar.”

“We’ve been fans since the start. I never figured you for a snob.”

I’m definitely skipping abs at the gym this week because she’s giving my stomach a workout with all this laughing. “I’m not judging them. They’re actually close friends of mine. I was just surprised, that’s all.”

“A true fan will stay a fan. No matter how long the band disappears for.”

I wish that were true, but often, once you’re off the scene, you’re gone for good. It’s why we work so hard to stay relevant. To distract myself from my somber thoughts, I ask, “So, which one is the cutest?”

“You should ask him out.” The mischief on her face is going to do things to me I don’t need happening since I’m wearing sweats.

I raise my eyebrows. “I don’t think his wife will appreciate that.”

This site uses Akismet to reduce spam. Learn how your comment data is processed.